Goodreads Summary: “The hole they dug was not deep. A white flour bag encased the little body. Three small faces watched from the window, eyes black with terror.

The child in the middle spoke without turning his head. I wonder which one of us will be next?

When a woman’s body is discovered in a cathedral and hours later a young man is found hanging from a tree outside his home, Detective Lottie Parker is called in to lead the investigation. Both bodies have the same distinctive tattoo clumsily inscribed on their legs. It’s clear the pair are connected, but how?

The trail leads Lottie to St. Angela’s, a former children’s home, with a dark connection to her own family history. Suddenly the case just got personal.

As Lottie begins to link the current victims to unsolved murders decades old, two teenage boys go missing. She must close in on the killer before they strike again, but in doing so is she putting her own children in terrifying danger? 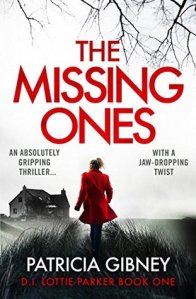 Lottie is about to come face to face with a twisted soul who has a very warped idea of justice.”

Many people raved about this thriller, but I really find it that compelling. To me a good thriller means it will haunt me in the days to come – I’ll feel a “pull.” However, this one didn’t stick. Even as I am editing my review now I am struggling to remember all the details about this one.

I did feel like I wanted more characterization. Detective Lottie seemed like such an interesting character with such potential that I found myself wanting to learn more about her and her family than wanting to solve the mystery.

This book was written well, the mystery itself just took a while to get going.

Not too much else to say about this one.